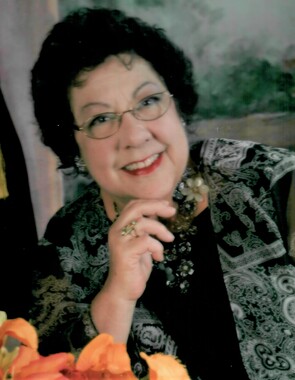 Back to Diane's story

Diane P. Mongenel, age 74, of Austinburg, passed away at home on February 14 surrounded by her devoted family. She was born on March 8, 1945, in Fairfield, Connecticut, the daughter of Leslie and Olga Poinelli. A 1963 graduate of Andrew Warde High School she briefly attended Brescia College in Owensboro, Kentucky and later attended the National Academy of Hairdressing in Bridgeport, Connecticut. Prior to moving to North Kingsville, Ohio, in 1973, Diane worked at the Hartford Insurance Company where she began her career in business.
Diane started working part-time at AAA in Ashtabula and attended travel school in Pittsburgh. She became the AAA Travel Agency manager and in 1984 she was selected to be the Ashtabula office manager and the Ashtabula Deputy Registrar for the DMV Division.
Prior to her retirement in 2003, Diane worked over 30 years for AAA, a job she truly enjoyed. She travelled extensively throughout the world, including Europe, Hong Kong, Alaska and Tahiti. After her retirement, she continued working for the BMV both in Geneva and Jefferson.
A member of St. Joseph's Church in Ashtabula, Diane enjoyed her new home in Austinburg which she shared with her beloved husband, Eugene. They were married in Hawaii in 1989 and cruised the Hawaiian Islands on their honeymoon.
Diane loved cooking, gardening and most of all, entertaining her loving family and many friends. She was always there to brighten the lives of others. Diane will always be remembered for her beautiful smile and her joyful and giving nature.
Her survivors include her husband Eugene, his daughter Angie Gruber and her husband Shawn and his daughter Gina Wilms and her husband Scott. Her 5 grandchildren Adam, Emily and Ben Gruber, Isabelle and Jacob Wilms, all of Austinburg. Diane's sister Marion Sperry of Fairfield, Connecticut, her nephew Brett Sperry, his wife Angela and their children Giovanna and Alexandra of Kansas and her niece Jenna Fredette and her husband Greg and their children Julie and Katherine of New Hampshire.
Diane was predeceased by her parents Leslie and Olga Poinelli and her brother Leslie James Poinelli.
Donations may be made to Living with Lymphedema, UH Concord Health Center, 7500 Auburn Road, Concord Township, OH 44077; Hospice of the Western Reserve, P. O. Box 72101, Cleveland OH 44197; and St. Joseph's Catholic Church, 3312 Lake Ave, Ashtabula, OH 44004.
Friends will be received 5-8 p.m. Thursday, February 20,2020, at the Behm Family Funeral Home, 175 S. Broadway in Geneva. A Mass of the Christian Burial will take place 11 a.m. Friday, February 21, 2020 at St. Joseph Church, 3312 Lake Avenue in Ashtabula. Burial will be at St. Joseph Cemetery. The Behm Family Funeral Home is assisting the family at this time. Online obituary and condolences may be viewed at www.behmfuneral.com.
Published on February 17, 2020
To plant a tree in memory of Diane P. Mongenel, please visit Tribute Store.

Plant a tree in memory
of Diane

A place to share condolences and memories.
The guestbook expires on May 17, 2020.

Enchanted Cottage was purchased for the family of Diane P. Mongenel by Tribute Store.  Send flowers

Misty Chaves
Dear Eugene,
Diane's joyful smile and robust laugh will be greatly missed, but never forgotten. I cherish the anticipation of our Heavenly reunion... and I will pray for your aching heart. May God bring you comfort during your season of grief.
All Our Love, Rick, Misty & Mia Chaves

Sweet Solace Spray was purchased for the family of Diane P. Mongenel by All Our Love, Rick, Misty & Mia Chaves.  Send flowers

Cindy Crislip Madden
Eugene,
I’m so sorry to hear of your loss of your dear wife,Dianne.
Although i really didn’t know her, Mom adored her and always spoke of her sweet nature.
sending hugs and prayers for your hurting heart.
Cindy
Mike and Shawnda Delisle, Desiree Self, Angie Vera

Garden of Memories was purchased for the family of Diane P. Mongenel by Mike and Shawnda Delisle, Desiree Self, Angie Vera.  Send flowers

Jill Eggleston
What a wonderful lady Diane was. I met her as a childhood neighbor and later became my manager. She will be missed! Prayers to Gene and the family.
The Staff of The Jefferson License Bureau

Heavenly Heights Bouquet was purchased for the family of Diane P. Mongenel by The Staff of The Jefferson License Bureau.  Send flowers

Kathy and Vin Faggella
Dear Marion, Gene and Family,
We were so sorry to hear of Diane's passing. She will always be remembered as my fun, laughing cousin who was warm and always welcoming whenever we got together. I especially enjoy the memories of our childhood when we ran wild on Pansy Road from farmhouse to house, always allied against all our boy cousins who were a bit too boisterous for us girls. My childhood is filled with Diane, Jimmy and Marion and happy remembrances. May you all treasure your memories of Diane. She was so special.
Love to all,
Cousin Kathy
Jodi Campagne
Eugene and Family, I am so sorry to hear of Diane's passing. She was TRULY the most giving and wonderful person. She had more energy and enthusiasm than anyone I've ever known. She will be missed by so many. Thank you for sharing her with everyone.
Cindy and Denis Kelleher
Eugene, We are so very sorry to hear of Dianes passing, she was a wonderful lady, giving, careing and always full of fun ,laughter and love for all those around her. I workrd many years with her she made life a joy ,and our love of our Church at St.Josephs was a wonder experience she will be missed, Now is the time to take care of yoursel Gene and Gods Love to you and your family, Love Cindy and Denny.
Debbie
Eugene, my heart goes out to you and your family. You are and will be in my thoughts and prayers. Try to remember, she is at peace, free of pain, and watching down on you. Diane was a special lady and a good friend. You were both so good to me and my girls : ) Take care.
View all 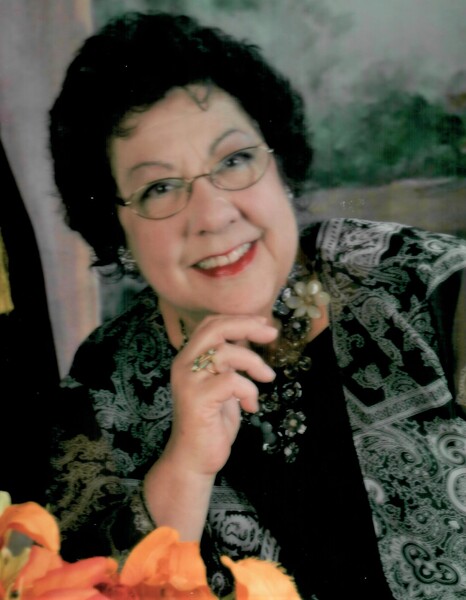