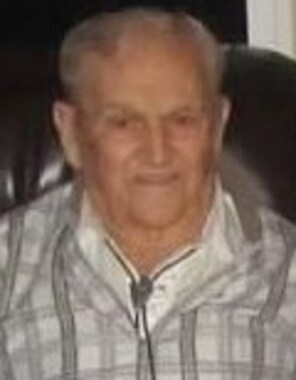 Back to George's story

George Harvey Lowery, 95, was given his angel wings on Saturday, February 8, 2020. George was the son of Otho and Beulah (Lewis) Lowery and he was born on August 5, 1924, in Breathedsville, Maryland. He grew up near the Antietam Battlefield with his eight siblings. His family attended church regularly. His father taught him to work hard and that the work was to be done before play.
On December 20, 1942, George married Audrey Stotler. His parents' faith driven ethics help build the foundation for their 72 years of marriage. His wife lovingly called George, "Hammerhead." Soon after he married Audrey, George accepted his first cattle manager job at Hillside Lake Angus in Maryland. He admires and credits George Porter, an advisor from Scotland, for teaching him how to be a manager and how to trim hooves on cattle. He worked hard always striving to make the best better.
In 1954, George and Audrey moved to Williamsport, Maryland, where he managed Hopewell Hereford Farms. There he raised and showed many Champion Polled Herefords. One of his greatest accomplishments at Hopewell was raising and showing "Pawnee's Daisy," who reigned as the Champion Female at the 1958 American Royal.
George and Audrey moved to Pierpont, Ohio, in 1969, when he accepted the position of manager for Spring Creek Farms. There he continued raising and showing champions throughout the United States. George judged many cattle shows. He enjoyed sharing his knowledge with 4-H youth and young cattlemen. He had an eye for selecting a calf that would grow up to be a "Winner." He devoted much of his life trimming and correcting the hooves for 4-H steer and heifer projects.
His expertise in selecting a calf, feeding, grooming, clipping, fitting, and showing cattle attributes to the many champions his own daughters and grandchildren have shown both locally and nationally. Some of the highlights were his daughters showing the Champion Polled Hereford Steer at the Ohio and Maryland State Fairs, Junior National Champion Heifer in Louisville, Kentucky, and Grand Champion Heifer at the Eastern National in Harrisburg, PA. In 1973 he handed the halter to one of his daughters so that she would be the first woman to show a National Champion Heifer in a National Show in Fort Worth, Texas.
George continued to trim hooves on cattle at each of the farms he managed. As years passed his expertise in trimming hooves grew. In the early 80's, George, along with his wife, decided to start their own hoof trimming business. He designed and invented a hydraulic hoof trimming table along with many different tools to do the trimming. The business was called "Corrective Hoof Trimming." Together they traveled the tri-state area trimming and correcting cattle's hooves.
His expert skill, to make an animal walk balanced and correct, accredited him to be known as one of the best cattle trimmers in the country. George and Audrey attended many National Hoof Trimmer Association Conventions where he has won recognition for his pursuit of excellence and service as a professional cattle hoof trimmer. When he was still able to travel, he attended the 2014 Hoof Trimmers Convention in Brookfield, Wisconsin, where he was again recognized for his contributions to the industry. He is known to be "one of the grandfathers of hoof trimming tools and innovations." After 63 years, George and Audrey retired in 2006, but still stayed in touch with many of their friends from their hoof trimming travels.
George will be remembered for his wit and sense of humor. When asked "How do you feel today?" he would grin and reply "with my fingers." He enjoyed sharing lots of stories and delighted in sharing a "dirty joke." George loved eating Cheetos. You could always find a bowl of Cheetos within his reach. George was a good judge of character. If you met his high expectations, he would wittingly proclaim that; "You're a great one." George was a perfectionist. If you showed him something you did well, he was quick to tell you, "It looks like I did that!"
Good-bye kisses will be remembered by his great grandchildren. He would instruct each one to tip their head to the side and then snort a loud kiss on their neck, sending them squealing with glee and running back to get one more kiss from their Pappy.
George is survived by his three daughters: Judy Gaylor of Pierpont, Georgia (Donald Bortnick) of Conneautville, PA, Barbara Niznik of Green Valley, AZ; and son-in-law William Hofka of Pierpont; six grandchildren, Dustin Gaylor, Holly Gaylor, Heidi (David) Johnston, Kristi Graf, Matthew (Anne) Hofka and Michael Schwentker; eleven great-grandchildren, Dakota Gaylor, Jimmy, Jack and Annie Mae Johnston; Madelyn, Owen, Tanner and Teagan Graf; Megan and Lindsy Hart; and Breah Schwentker; and many nieces and nephews.
George was preceded in death by his loving wife, Audrey; his parents; brothers Donald, Milton, Hugh and Robert; sisters Margaret, Beulah, Nanny and Josephine; and son-in-law Ted Gaylor.
A private service will be held for the family. George will be laid to rest at Evergreen Cemetery in Pierpont, Ohio.
A special thanks to the nurses, aides, and staff at Jefferson Healthcare; his dear friend Kerry Loucks, who faithfully visited him every Thursday afternoon, and Pat English for providing a home for his beloved dog, Pepper.
If desired contributions in George's name may be made to Hospice of the Western Reserve, 1166 Lake Avenue, Ashtabula, Ohio 44004 or Hoof Trimmers Association, 5014 FM 1500, Paris, TX 75460.
WILLIAMS-DUCRO FUNERAL HOME, 1071 State Route #7 North, Pierpont, Ohio is assisting the family. www.ducro.com.
Published on February 11, 2020
To plant a tree in memory of George Harvey Lowery, please visit Tribute Store.

Plant a tree in memory
of George

A place to share condolences and memories.
The guestbook expires on May 11, 2020.

Jean Benson Thompson
Barb, Heartfelt hugs.. I lost my Dad "Pops" back in 2002.
View all 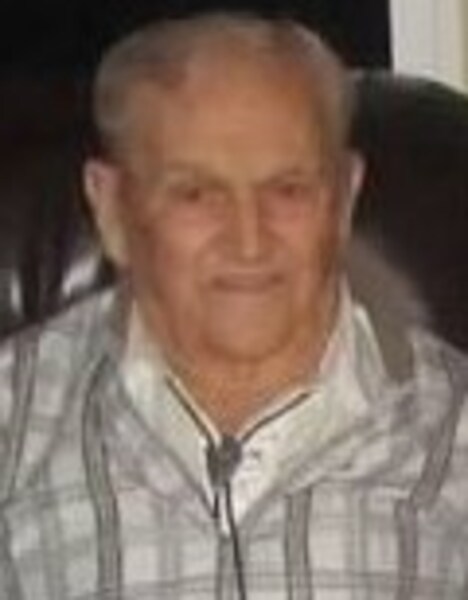