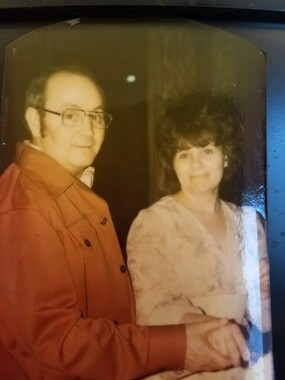 Back to Helen's story

Helen Marie Jones, age 88, of Ashtabula, died on Saturday, March 14, 2020 in Ocala, FL, at the Legacy Hospice House, with her daughters at her bedside.
Born February 16, 1932 in Raysal West Virginia, she was the daughter of Clyde and Lydia Ruth Baker.
Helen married Curtis Jones on March 31, 1951.
She is survived by daughters, Trudee (William) Ferguson and Rosalie (Mark) Artman; son-in-law, Gary Caltrider; half brother Calvin Baker; grandchildren Christopher Caltrider, Mindee Cloonan, Valerie Quinones, Tonya Jones, Daniel Jones, Mark Jones, Paul Michael Blickenderfer, Brandon Artman, Brandy Layne and Corey Layne; step grandchildren Stephanie Vencill and Jimmie Ferguson; 13 great grandchildren; five step great grandchildren; two great great grandchildren; as well as many nieces and nephews.
She was preceded in death by her husband, Curtis Jones; daughter, Debbie Layne; siblings, James Baker, Lawerence Baker, Edith Ward and Daniel Baker.
Helen lived with her husband and family in Ashtabula for over 65 years, until she chose to make her home with her daughter, Rosalie, in Ocala, Florida. She was a homemaker raising her family and then entered the workforce as a housekeeper at the Ashtabula County Medical Center, Helen also enjoyed trips to Las Vegas, local casinos and weekly bingo games. Helen loved her jewelry and was always sharply dressed. She was truly the matriarch of her family and she will be dearly missed.
Private family services will be held, burial will take place in Edgewood Cemetery. Condolences can be made at guerrierofuneralhome.com
Published on March 21, 2020
To plant a tree in memory of Helen Marie Jones, please visit Tribute Store.

Plant a tree in memory
of Helen

Cheryle Newmeyer
I was privileged to know and work with Helen at ACMC. She always had positive words to speak and was kind to everyone. She worked very hard and kept the maternity unit looking great for the staff and patients. Helen helped the nurses when we needed that extra hand cleaning up what we did not have time to clean. May God give her family peace as you grieve this amazing woman.
Robert L. Wuorinen
Sorry to hear of Mrs. Jones passing. She was a part of our great neighborhood in Ashtabula. My deepest sympathies to her family. May she rest in peace.
Cookie Frampton
Dear Cousins, I'm so sorry to hear about your mom. You are all in my thoughts and prayers. Sending many hugs from Arizona.
Much love
Cookie
Dianne Quinonez
I am going to miss the casino trips we took to Erie. They were fun times when we went with Curtis jr. Plus our trip to West Virginia Casino. You were a loving Great Grandma to Nina, Samantha and Sophia. They will miss you greatly. RIP Helen I was happy to have made you a Gambling Buddy.
Gary W. Caltrider
I have felt since 1970 that Helen was my second mother and her husband Curtis was my second father. They and their children helped me through my mother Patsy's illness (cancer 4 yrs.)and death in May 1971. Her daughter Trudee and I were married in August 1971 and were blessed with two wonderful children, Christopher and Mindee. Much has happened and changed through the years, but what was true in 1970 is true in 2020- Helen is still my second MOM. May the Lord rest your beautiful soul. Deepest Sympathy to All the Family, Gary.
View all 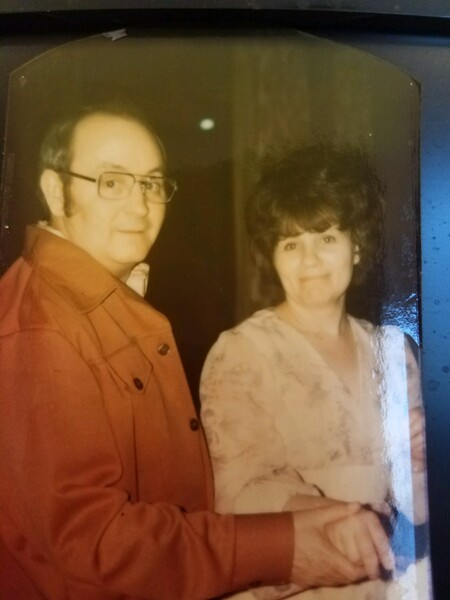