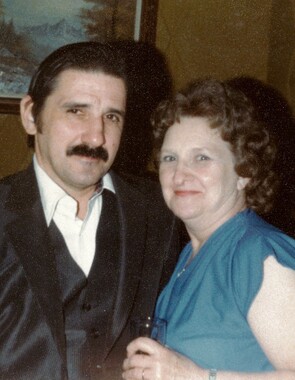 Back to James's story

James M. Szoka, age 83, of Harpersfield, passed away March 22, 2020, at Homestead II in Painesville. He was born August 19, 1936, in Painesville to William and Margaret (Shimek) Szoka.
Mr. Szoka was a self-employed carpenter. He loved to cook and enjoyed playing cards.
James is survived by his children, James (Kris) Szoka Jr. of Austinburg, Jodi (Albert) Heath of Perry, Kenneth (Michael Brown) Szoka of Cleveland, Karen Champagne of Fairport Harbor, Michael (Patsy) Stone of Mentor, Thomas (Betty) Stone of Madison and Betty Canady of Painesville; Eighteen Grandchildren and many Great and Great-great Grandchildren; sisters, Peggy (John) Myrtle of California and Mary Petralia of Cincinnati; and his very close friend, Marge Tietz.
He was preceded in death by his wife of 51 years, Lucille Mae Szoka in 2011; his parents, William and Margaret Szoka; and his brother, William Szoka.
A memorial gathering for James will be held at a later date. Burial will be in Evergreen Cemetery.
Published on March 24, 2020
To plant a tree in memory of James M. Szoka, please visit Tribute Store.

Plant a tree in memory
of James

A place to share condolences and memories.
The guestbook expires on June 22, 2020.