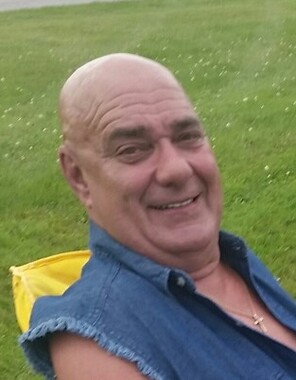 Back to Randy's story

Randy Lee Brooks, age 62, passed away unexpectedly on January 18, 2020. He was born March 19, 1957, in Painesville, OH, to Clifford Brooks and Joan (Eddy) Perry. He married the love of his life Gail Mack on February 25, 1984, and together they owned and operated Complete Lawn Care Services in Geneva for many years.
Randy loved helping others and was a very compassionate man. He enjoyed coaching his children, grandchildren and others and did so for 35 years in basketball, baseball and soccer and for 12 years, was in charge of a girls' basketball league for grades 3-6. He was also an avid enthusiast for racing cars.
Randy leaves behind his wife, Gail; children, Kory Allen Brooks, Christina Faye (Jerry) Fallon, Rebecca Marie (Jesse) Long, and Crystal Ann Watson; grandchildren, Hannah (Zachariah) Johnson, Dakota and Tyler Hutchinson, Julia and Jerry Fallon, Addison Watson, Randy Doll, Hunter Hall and Kristopher and Elizabeth Long; great-grandchildren, Ezra Johnson and Kain Johnson; sisters, Grace (James), Brenda, Debra (David), Jerry (David) and Vikki (Tom); brothers, Daniel (Cheryl) and Clifford.
He was preceded in death by his daughter, Randi Jo Brooks; parents, mom-Joan Perry, dad-Clifford Brooks, step-father Harry Perry; sisters, Rebecca, Marcella and Debra; and brother, Benjamin.
Friends will be received 4-8 pm Thursday, January 23, 2020, at Behm Family Funeral Home, 175 South Broadway, Geneva, OH. Funeral Service will be 11 am, Friday, January 24, 2020, at the Funeral Home. Final Resting Place will be Mount Pleasant Cemetery.
The Behm Family Funeral Home is assisting the family at this time. Online obituary and condolences may be viewed at www.behmfuneral.com.
Published on January 20, 2020
To plant a tree in memory of Randy Lee Brooks, please visit Tribute Store.

Plant a tree in memory
of Randy

A place to share condolences and memories.
The guestbook expires on April 19, 2020.

David Gale
Randy was a great guy. I was one if his first customers for my yard and I loved working with him. We would always see each other around town and we always laughed together. My sincere condolences to Randy's entire family. He will be missed by many.
Kathy Mullins
Gail,I'm sorry to here about Randy,he was a very kind to me when ever I needed help with floats,and mulch for my yard,I will keep you in my thoughts and prayers
VIKKI BROOKS GRADY

FLY HIGH RANDY , YOU WERE A SPECIAL BROTHER WHO WILL BE MISSED DEARLY, PRAYERS FOR FAMILY, LOVE YOUR SISTER VIKKI

Beautiful in Blue was purchased for the family of Randy Lee Brooks by Martha Johnson & Tom Balazs.  Send flowers

Beautiful in Blue was purchased for the family of Randy Lee Brooks.  Send flowers

Edward and Laura Bukky and family

America the Beautiful was purchased for the family of Randy Lee Brooks by Edward and Laura Bukky and family.  Send flowers

Cheryl (Mayfield)Zimmerman
Debra, Jerry, Brenda and families, My deepest sympathy for the loss of your brother. RIP Randy
Loreen J. Hobel
Thinking of all of you and remembering all those years of gymnastics. Randy was also very involved with the program and always helped whenever he could with transporting equipment. He was so appreciated for all his time and hard work. You have a strong and caring family. Embrace each other. Thinking of you all.
Loreen J Hobel (Cody and Tyler)
Roger and Tonya Bartlett

Peaceful White Lilies Basket was purchased for the family of Randy Lee Brooks by Roger and Tonya Bartlett.  Send flowers

Lori. Beck
Will always remember u thank u for making or like funny and fun. Now go fly high with your daughter
Brenda Bradbury
So sorry for your loss 🙏 for the family and friends
View all 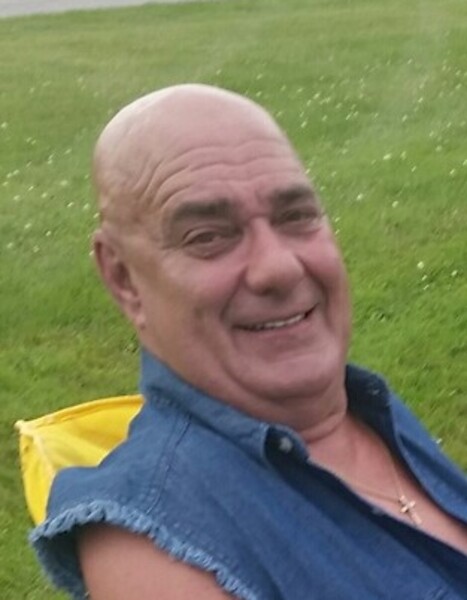