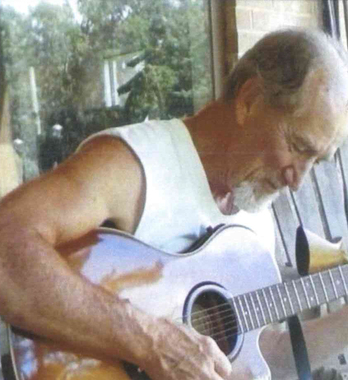 Back to Robert's story

Robert "Bob" J. Eaton, age 68, of Mena, Arkansas, passed away Thursday, December 5, 2019 in Mena, Arkansas.
Bob was born onDecember 9, 1950 in Conneaut, Ohio to the late Harry Eaton, Sr. and the late Marian Beahon Eaton. Bob was married to Deborah Theiss Eaton. He was a manager for Mena Water Department for many years.
He appreciated music and loved playing his guitar. Bob loved his family dearly and was a devoted man of God. He was a loving and devoted husband, father, grandfather, great-grandfather, brother and friend to all.
He is survived by his wife, Deborah Eaton of Mena, Arkansas; daughters Guinnevere Seewald and husband Michael of Little Rock, Arkansas, Kassandra Reynolds and husband Jeremiah of Melbourne, Arkansas, Jennifer Graves and husband David of Mena, Arkansas, Sarah Eaton of Missouri, Rebekah Eaton of Missouri, Catherine Parrish and husband Derek ofColorado; twenty-two grandchildren and three great-grandchildren; brother, Harry Eaton, Jr. and wife Joan of Conneaut, Ohio; sister Patricia Van Norman and husband Michael of North Kingsville, Ohio; and many beloved nieces and nephews.
He was preceded in death by his parents Harry and Marian Eaton; a son, Joshua Jacob Eaton; his sister and brother-in-law, Myra Jean Wheeler and Douglas Wheeler; and a very special nephew, Gerald Wheeler.
Funeral Service was Monday, December 9, 2019. Pallbearers were Dylan Reynolds, Joshua Graves, Andrew Graves, Evan Graves, Ethan Seewald, Benjamin Seewald,Lucas Schrock, Jacob Schrock, and Gabriel Theiss.
Published on December 13, 2019
To plant a tree in memory of Robert J. Eaton, please visit Tribute Store.

Plant a tree in memory
of Robert

A place to share condolences and memories.
The guestbook expires on March 12, 2020.

Paul Platt
I remember Bob as a deep and thoughtful person. He didn't waste words and listened more than he talked. We reconnected during the last of couple years on social media and I was able to get a glimpse into his strong faith and the wonderful family life that he enjoyed and so was proud of. I wish to convey my most sincere condolences to his wife, extended family and all who knew him. May the Lord keep him close for all eternity.
Cordy Coffelt
rest in peace, Bob.
Ray Barnhart.
Bob, Deb and Me were best of friends for over 45 years. We all stayed in touch and I visited them in Arkansas on two occasions the last visit was this past summer. I knew that visit would be the last time I would see my friend. Bob had no fear. I'm a better man having known Bob. God rest his soul.
Laurie Arbuckle Bidwell
Debbie, our sympathies to you and your family.
Cathy Eaton Hutcheson
I was so sorry to learn about Bob's illness and death. His courage over the years was an example to us all. My prayers are with you.
Cathy
Amanda Seegert
Oh the wonderful memories I have of you and your family Uncle Bob. You will be missed. Big hugs to the family.
Sherry Wheeler
What a great man my Uncle was he will be missed forever but will always be in our hearts. Rest In Peace
Sharon Knauff
On behalf of the Conneaut High School Class of 1969, we are deeply saddened to hear of Bob’s passing. Our thoughts and prayers are with each of you. Rest Peacefully Bob!
View all