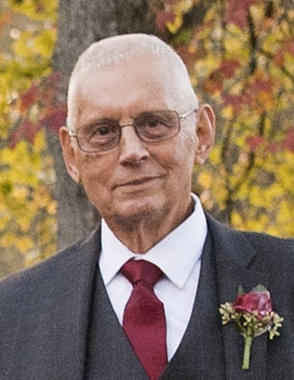 Back to Russell's story

Russell D. Hall, age 88, of Grove City, Ohio, formerly of Conneaut, Ohio, passed away Monday, March 23, 2020 surrounded by his family. Russell was born in Richmond, Ohio to the late Neil and Eleanor (Bromfield) Hall. He graduated from Andover High School in 1949. Russell served in the Army during the Korean War and spent over 30 years as a machinist at Reliance Electric. He was a lifelong member of Penn Line Church of Christ, where he served as an elder for many years, and was a recent member of Buckeye Christian Church in Grove City. His greatest joy was his large family. For over 40 years, Russ and his wife, Barb, hosted up to 80 family members for Thanksgiving at his home in Conneaut. He was known for his booming voice, quick jokes and good-natured, persistent teasing. He could often be found sitting in his favorite recliner with a hot cup of coffee watching Cleveland sports, with commentary provided by his wife beside him. His family will further miss his kind heart and gentle soul. In addition to his parents, he was preceded in death by brothers Arthur Hall and Richard Hall. Russell is survived by his wife of 63 years, Barbara (Johnson) Hall, daughter Connie Hall McCarty; son Mark (Kelli) Hall; grandchildren Michelle (Mathew) Sampson, Alexandria Hall, Madison McCarty, Russell E. Hall, and Kooper Hall; great granddaughters Wrenley Cleveland and Colleen Sampson; sisters Francis Moss, Mary Ellen Moyer, and Carolyn (Christie) Tenney; brother Charles Gordon (Joann) Hall; sisters-in-law Barbara Hall and Carol Hall; and many dear nieces, nephews and cousins. In light of current circumstances, a private Graveside Service will be held at the Kelloggsville Cemetery. A Memorial service will be held at a later time to be determined. Contributions may be made in Russell's memory to The James Comprehensive Cancer Center. Childs-Williams Ducro, Pierpont is handling the arrangements. Online condolences can be left for the family at www.ducro.com.
Published on March 25, 2020
To plant a tree in memory of Russell D. Hall, please visit Tribute Store.

Plant a tree in memory
of Russell

A place to share condolences and memories.
The guestbook expires on June 23, 2020.

Virginia E Carlson
So very sorry for the Great loss of your husband, Barb.
You are in my prayers.
Love, Virginia
Jon and Cindy Pratt
Our thoughts and prayers are with you all both as you grieve your loss and as you celebrate Russell's victory. His smile, laughter and faithfulness will always be etched in our memories. Philippians 1:3
Tim & Barb Peairs

Barb and family,
Sorry to hear about Russ. Always loved to listen to his booming voice in church. He'll be greatly missed. All of you will be in our prayers. May God keep all of you safe in these troubling times.
Love Tim and Barb P.

Jim & Judy Witt
Barb and Family.
Our sympathy and prayers to all of you. Always enjoyed talking with Russell at church. God bless each of you.
Ramona and Jim Lauer
Barb and family - With love, sympathies and prayers. We are so sorry to learn of the passing of Russ. I smiled reading his obituary, because it was a celebration of the beautiful man he was and the legacy he left behind. I have always admired your love and admiration for each other. We will keep you all in our prayers. Love - Mona
Renée Kirk-Minor
Mark,
So sorry to hear about your dad.Please pass my condolences on to your mom.
Renée
View all 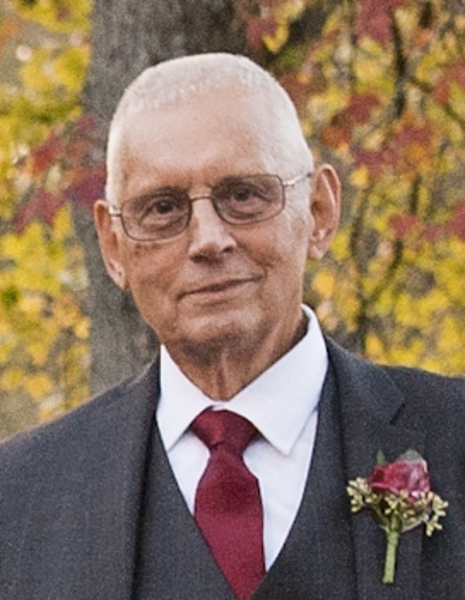