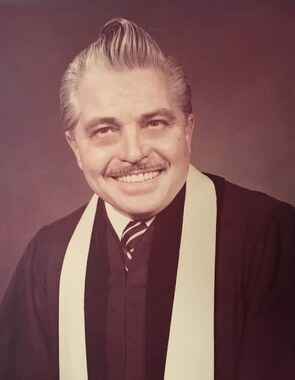 Back to Vergil's story

Vergil A. Herzberger, age 96, of Copeland Oaks, Sebring, Ohio passed away at 9:30 pm on Saturday, February 15, 2020 at Crandall Medical Center surrounded by family. He was born April 5, 1923, in Tiffin, Ohio to Alfred A. Herzberger and Mabel Lenore (Armstrong) Herzberger. During his early youth, he worked to achieve the Boy Scouts highest rank of Eagle Scout.
Vergil graduated from Steubenville High School in 1941 then enrolled in Heidelberg College in Tiffin, Ohio. In December of 1942 when Pearl Harbor was attacked, he enlisted in the Army Reserve and was later assigned to the Air Corps. In 1946 he met the love of his life, Anita Tempia (Williams) Herzberger at a wedding his father was officiating, and they were married in 1948.
Vergil worked at the Steubenville Herald Star and did carpentry work for his father and his contractor father-in-law. He soon realized he wanted to do more with his life and under the influence of his friend and mentor, Rev. Forrest Nees, he went on to become a Minister. He finished his degree at Heidelberg and attended Oberlin Graduate School of Theology and became ordained in full connection with the NE Ohio Methodist Conference in 1962.
Before his ordination, Vergil served 3 small church communities: Yorkville, Rayland and Rush Run. After his ordination, he served 6 United Methodist churches for the next 32 years: Harmony, Windham, Brookfield, Geneva First, Ravenna First and New Philadelphia First where he retired in 1990. In his retirement he served as Visitation Minister at Kent United Methodist Church for 6 yrs. and was a Hospice Chaplain for 5 yrs.
During their unified service, Vergil and Anita focused on developing youth programs; MYF meetings, director of church camps Aldersgate and Asbury, creator of childcare and pre-school programs and youth meeting centers. In Geneva they also began an elderly nutrition program. They led 2 conference Wilderness Camps into Algonquin Park in Canada. In Geneva, they went on to lead 4 more large youth group canoe camps into Algonquin Park which they dubbed their Spiritual Journeys.
Vergil used his carpentry knowledge in each of his assigned churches to remodel sanctuaries, windows, roofs, fences, playgrounds, a basketball court, new parking lots, new parsonages and a new church in Harmony. He also had a creative side and guided the youth in Harmony to make a life-size crucifixion and nativity.
In 1977 they went to the Holy Land and then again, a couple years later. Vergil served on numerous Conference committees and boards over the course of his career. He was an inspiration to many who followed in his footsteps to join the ministry. He had a smile that could light up a room and there were not too many who could resist the lure of his charisma. In his full retirement he continued his faith and often spoke at area churches and events. He built a home wood shop and created many designer pieces that currently serve as family mementos.
Vergil enjoyed being a husband, a father, a grandfather and a great grandfather. He is preceded in death by his wife, Anita Tempia Herzberger. He is survived by two sons, Terry (Stephanie) Herzberger of St. Simons Island, Ga. and Kurt (Andrea) Herzberger of Masury, Ohio; one daughter, Tina (Jeffrey) Horne of Hartville, Ohio; nine grandchildren; 17 great grandchildren; sister Gayle Schubert of Loveland, Ohio and niece Debbie (Bob) Jackson and many friends.
In lieu of flowers, memorial contributions may be made to Vergil's favorite charity, The Salvation Army, Service Unit in Sebring, Ohio. Please reference; in memory of Vergil Herzberger.
A Memorial Service will be held at Bennett Chapel in Copeland Oaks, Sebring, Ohio on Saturday, May 9, 2020 at 1:00 pm.
Arrangements are by Cassaday-Turkle-Christian Funeral Home.
Published on February 21, 2020
To plant a tree in memory of Vergil A. Herzberger, please visit Tribute Store.

Plant a tree in memory
of Vergil

A place to share condolences and memories.
The guestbook expires on May 21, 2020.

Charles Schillings March 2,2020
Vergil (and Anita) were very special in my life. He was pastor of my church (Harmony Methodist, George's Run, Ohio) when I was in high school - '60 thru '64 - and influenced me to attend Heidelberg College in Tiffin from which he had graduated and where he had been born. Shortly before graduating from the "Berg" I married my wife, Mary, and we have been together 56 years. She, too, was born in Tiffin and graduated from Heidelberg. Virgil had a smile that could light up the darkest room and I'm sure it's now lighting up heaven. To his children, grandchildren, great grandchildren, sister and friends, please know he was a special child of God!
Nancy Bidlack Bires
Reverend Herzberger was one of the most influential people in my life. I will be forever grateful for the many opportunities he made possible through our church youth group. I was so fortunate to have joined Rev. and Mrs. Herzberger on four “Spiritual Journeys”, canoe camps, in Algonquin Park, Ontario. He cheered me on with “Atta Boy Girl” as I struggled to portage a canoe by myself! His beautiful smile and contagious laugh were really special. He helped make me into the person I am today. I cherish the memories and also the wisdom he shared with me. 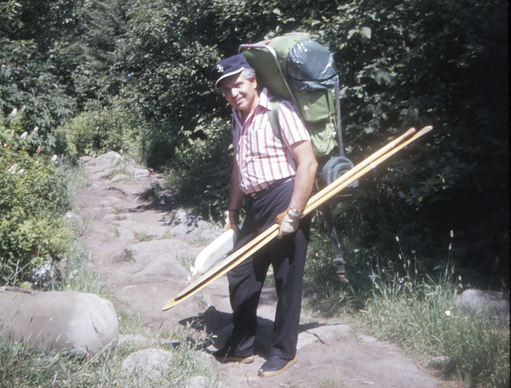 I just want to say how wonderful Rev. Herzberger was. I was just a young girl when he was here in Geneva. I'm in my 50's now and wish so very much he was still here. I remember how he had helped my mom through some rough time and actually had come to the house, which is rarely done now a days. I remember anytime I was around him or in the same room, it was always so different, a happy feeling no matter how I felt before entering the same room. I wish he never left Geneva. Heaven is lucky to have him back. I can't wait for the day I get to seem him again. May he rest in peace. You were a lucky family to have him. 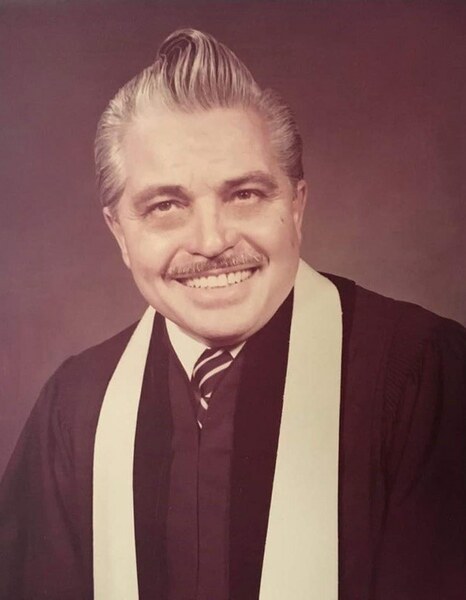