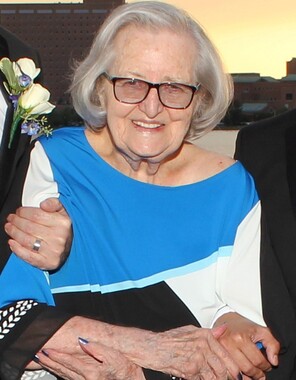 Back to Virginia's story

Virginia was an active member of the United Church in Geneva. She served her church as President of the Women's Association, leader of the Evening Group and Moderator. Virginia also taught Sunday School for many years and was the leader of a Youth Church. Her love of music led her to the position of Singing Choir Director and Bell Choir Director.

Virginia was a Seventy-Year member of The Order of Eastern Star Grace Chapter (Geneva) and Covered Bridge Chapter (Rock Creek). During her membership, she held the positions of Past Matron five times, Past Grand Representative of New Mexico in Ohio in 1997/98. She was also President of the 1997 Grand Family and District 1 President in 2008.

Virginia was director of the "Grace Notes", a musical comedy band of Order of Eastern Star Grace Chapter who conducted over 500 performances across several states. After "Grace Notes", Virginia became a member of a Senior Citizen band, "Off Our Rockers".
Virginia was preceded in death by her husband of 53 years, Willard L. Stokes. She is survived by her three children, Richard of Humble, Texas; Karina of Dickinson, Texas; and David of Norfolk, Virginia. Virginia has two grandchildren, Randy and Teena, and five great grandchildren.

Services will be held at Fleming-Billman Funeral Home at 323 South Broadway in Geneva (440-466-4631): Calling Hours are Friday, 20 March from 4 - 7 PM; Order of Eastern Star (OES) Services will be held at 6:30 PM as part of the Calling Hours on Friday. Burial will be at Evergreen Cemetery, Geneva, on Saturday, March 21, starting at Fleming-Billman Funeral Home.

Memorial contributions may be made to United Church, 75 South Broadway, Geneva, Ohio 44041.


Memorial contributions may be made to United Church, 75 South Broadway, Geneva, Ohio 44041.
Published on March 14, 2020
To plant a tree in memory of Virginia L Stokes, please visit Tribute Store. 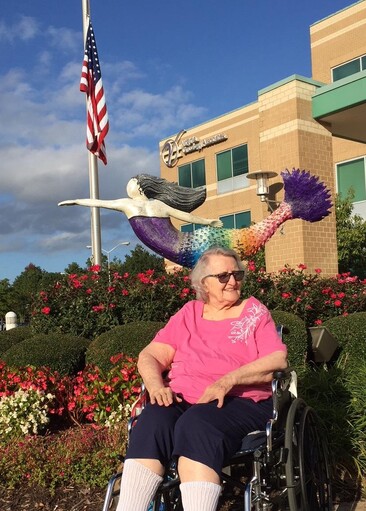 Plant a tree in memory
of Virginia

A place to share condolences and memories.
The guestbook expires on June 12, 2020.

Karina N. Stokes
3 generations of women and Mom with one of my greyhounds - she loved animals as well as people. On behalf of Haulotte US

Written in the Stars was purchased for the family of Virginia L Stokes by On behalf of Haulotte US.  Send flowers

Steve Johnson
Wow, what a lady! I would have liked to have known her better. But, since she was the mother of a dear friend, I found her to be a friendly, kind lady with a generous spirit. I’m sorry the world has lost her. I’m sure she will be missed greatly by her loving family and surviving friends. My prayers are with her as she joins my parents and other angels in heaven. And, I pray for the burden of grief to be lifted from her loved ones.
Teena, Joe, Ada, and Alicia

Gracious Lavender Basket was purchased for the family of Virginia L Stokes by Teena, Joe, Ada, and Alicia.  Send flowers

Catherine Del Castillo
Dear Dave, we extend our most sincere condolences to you and your family.
Ginny was a lovely lady and it was nice to meet her.
Grief can be so hard, but our special memories help us to go on.
May you take comfort in knowing that you have an angel to watch over you now.
Catty, Gustavo, Adriana y Paula
Mark Whittington
I never knew the elder Ms. Stokes, but have been acquainted with her daughter for decades. She must have been a remarkable woman to have produced my friend, a woman of strength and perseverance. All prayers for her and the family and friends she left behind.
Karina Stokes, Ph.D.
Mom Remembered

She lived through the Great Depression
But she never abandoned hope


Thank you for being a great Mom and a non-judgmental friend! I know... that will miss you for a long, long time.Read more
Jonathan DelCastillo
Rest in peace dear Ginny, my father and I we were glad to share moments with you and your Norfolks family. It was really nice to met you and feel your kindness and happyness around us.
With Love
Joni
Love, Chris, Corinne, Eric & Nate Zimmerman

With Distinction was purchased for the family of Virginia L Stokes by Love, Chris, Corinne, Eric & Nate Zimmerman.  Send flowers

David Purnell Mar 17, 2020
Dave, What a remarkable lady, society and you have suffered a great lost. May the upcoming days, weeks, years soften your grief, sorrow, and comfort you and your family.

With Deepest Sympathy,
David,Mabel and Troy/Family
Richard
I love you Mom and will miss you . We have a lot of great memories that I will always cherish. You will be loved by me and everyone. You will always be a great mother to me . Rest in peace .
View all 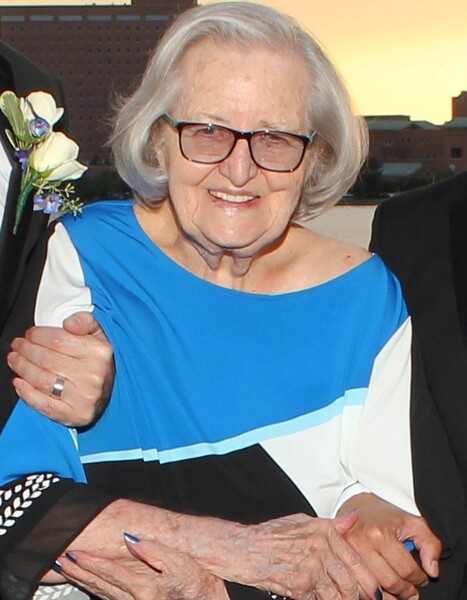