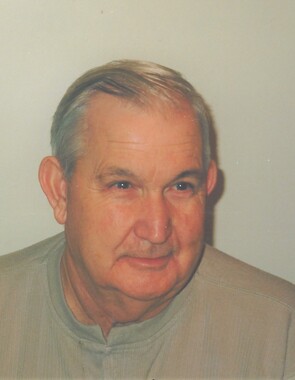 Back to Walter's story

Walter L. Bartlett age 90 of Conneaut, died Wednesday, December 4, 2019 at UH Conneaut Medical Center.
Walter was born May 11, 1929 in Conneaut the son of Walter and Violet Walton Bartlett. Walter was a graduate from Collinwood High School in Cleveland. He entered the United States Army in 1948 and was honorably discharged in 1951 as a Sergeant serving in the Korean War. Walter worked as a truck driver for Knall Beverages for many years.
He was a member and retired Teamster Local #293, the American Legion Cowle Post 151, VFW, Korean War Veteran and Associate Society of 3rd Division Infantry. Walter also enjoyed bowling, the Cleveland Indians and loved to travel with his wife Joyce and visiting with family and friends.
Walter was preceded in death by his parents, stepmother Emma Bartlett, daughter Connie Cox, brother Carroll Bartlett, stepbrothers Dick Gantz, A.E. Evans and stepsister Eileen O'Barskey.
He is survived by his wife Joyce (Ceeder) Bartlett of Conneaut, son Brian Bartlett of Conneaut, stepson Theodore (Emily) Root of Conneaut, stepdaughter Catherine Chiarelli of Conneaut, brother Emery Bartlett of Strongsville, stepsister Barbara Gantz of Warren, PA., along with several grandchildren, great-grandchildren, two great-great grandchildren and many nieces and nephews.
At Walter's request, family services will be held later this spring at St. Joseph Cemetery, Conneaut. At that time Walter will be honored by the American Legion Honor Squad with full military honors.
Condolences at www.raisianfuneralhome.com
Published on December 4, 2019
To plant a tree in memory of Walter L. Bartlett, please visit Tribute Store.

Plant a tree in memory
of Walter

A place to share condolences and memories.
The guestbook expires on March 03, 2020.

I'm sorry to hear of the passing of Uncle Lavere, he was a good man and I always enjoyed his laughter and smile. My family's thoughts and prayers are with you all.
Shawna Penniman Popka
Brian and Joyce . Sorry to hear of Walter's passing I hope you find peace and comfort. Sending prayers.
View all