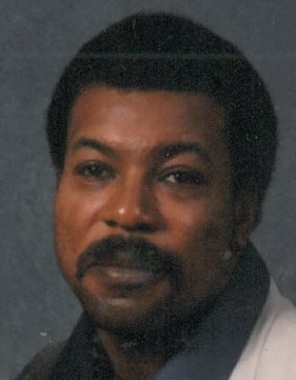 Back to Willie's story

Willie Coleman, Jr., 68, of West 25th Street passed away on Thursday, January 9, 2020 at his home.
He was born May 23, 1951 in Louisville, MS, the son of Albert and Nancy J. (Miller) Coleman and had been an Ashtabula resident most of his life. He was raised by his grandmother Sammie Lou Miller and god-mother, Willie Mae Coleman
He was a member of Union Missionary Baptist Church and served as a Deacon under the direction of Rev. Alfred Lewis, Sr.
Willie earned his Bachelor's Degree in Political Science from Mississippi Valley State University and graduated from Thurgood Marshall School of Law.
Prior to his retirement, he worked as an EEOC Specialist with AGTEC for 19 years and JTPA in Ashtabula County. He previously worked as an undercover government agent while in Jackson, MS.
He served as a member of the Ashtabula City Consumer Protection Board, Community Counseling, the Council of Hope, and was vice-president of the Pastoral Committee. He was a proud Republican, and was very honored to have been the first black man to be named Young Republican of the Year in Ashtabula County. He worked in politics for many years and for many candidates then in 1997, became a candidate for the Ashtabula Area City School Board of Education. He always considered himself a people person (person of the people) and one to help the underdog.
Always a man to speak his mind, he was well respected by all who knew him. He had a great memory for Ashtabula history and was an excellent storyteller. He also loved hunting.
His survivors include his sisters, Mattie Harris of Ashtabula and Tina Body Rheins of Newark; two nephews, Vincent Harris, Sr. and Marcus Anthony Harris; his great-nephew, Vincent Harris, Jr. and great-nieces, Jessica Yates, Aaliyah Harris, and Victoria Harris; great-great-nieces, aunts, uncles, and several cousins, including his favorite Queenie Marsh who helped him with many of his affairs.
He was preceded in death by his parents and grandparents.
A calling hour will be held from 11AM to 12 Noon with a service to follow at 12 Noon on Saturday, January 18, 2020 at the ZABACK-WILLIAMS-DUCRO FUNERAL HOME, 500 West Prospect Road, Ashtabula. Steve Sargent, Associate Pastor of Hiawatha COGIC, will officiate. Entombment will be in Greenlawn Memory Gardens Mausoleum with his mother.
Contributions may be made to Hospice of the Western Reserve, 1166 Lake Avenue, Ashtabula, OH 44004. www.ducro.com
Published on January 11, 2020
To send flowers to the family of Willie Coleman, Jr., please visit Tribute Store.

Send flowers
in memory of Willie

A place to share condolences and memories.
The guestbook expires on April 10, 2020.

Charles Meaney
Willie came to the gun store quite often. We ALL enjoyed his company,his wit and intelligence. I don't believe I ever heard a foul word from him. A great man,we at Iron Sight Arms will miss him greatly.
Joe pete
So sorry rest in peace
Margie Henton
Sorry for your loss papa really loved him and he loved some Rev Alfred Lewis my god be with the family we 🙏🏾
Lucy Clark Jones
My condolences to the family.
Amanda Barnes
Sorry for your loss. My prayers and condolences to the family.
Tami Hayes
My prayers and love to the family. May His peace be with you til we meet again.
Betty Jean Aaron
So sorry to hear about your lost 🙏🙏 praying for family 🙏🙏 🙏❤❤
Deora Marsh
Sorry to hear the sad news of my cousin passing. Thinking of my cousin Mattie and my Mother in this sad time. Willie was a cousin who will be missed by all.

R.I.H Cuz
Janice Sheffey
Dear Mattie, Really sorry to hear about the passing of your brother, Willie. I honestly didn't know that he was sick. May God bless and comfort you!
View all